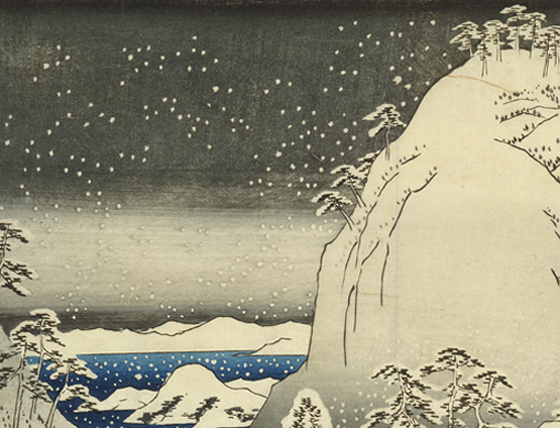 P.3558-R White inks were not usually employed in printing Japanese woodcuts, so snow was commonly depicted by leaving areas of the paper blank. Snowflakes were usually created by carving nicks out of the surface of the colour blocks, so that flecks of paper appear like flakes of snow. 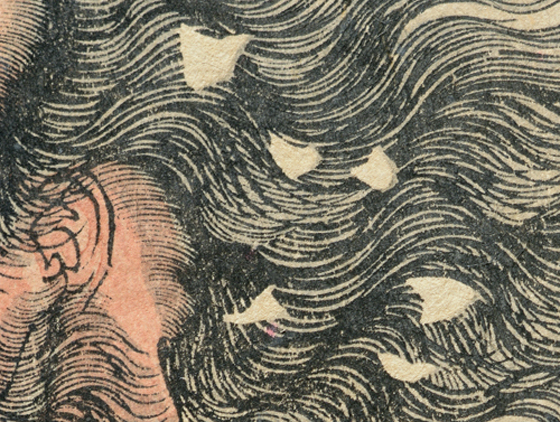 P.15-2003 Here nicks have been carved out of the blocks used to print the man’s hair so that it appears as though snowflakes are falling in front of him. 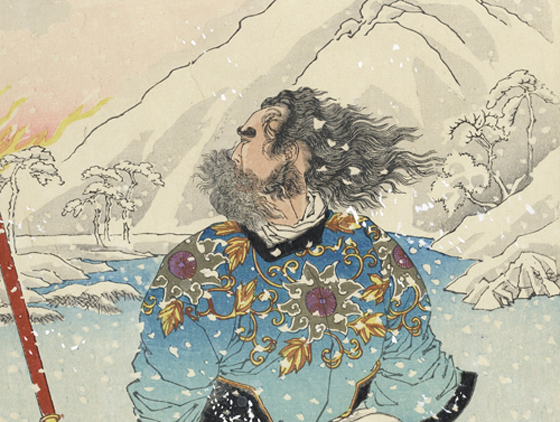 P.15-2003 Exceptionally, in special luxury editions or private commissions, white pigment was flicked onto the surface of the paper to create extra snowflakes after the colours had been printed. 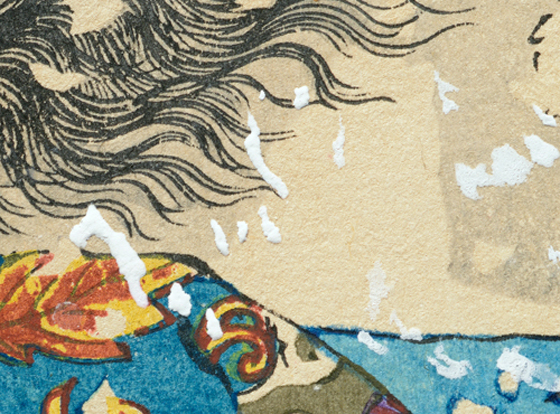 P.15-2003 The white pigment is whiter than the colour of the paper, so the snowflakes stand out against the snow. This pigment was traditionally made from seashells and known as gofun (calcium carbonate), but lead based whites were also used, as in this example. 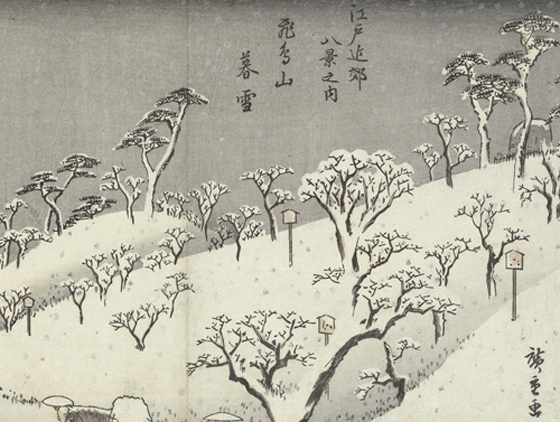 P.3588-R The flicked pigment cannot be precisely controlled, so the effect is random in each impression, but in this example the pigment was brushed through holes in a stencil, rather than being flicked, so the snowflakes appear in exactly the same place in each example of the print (some of the snowflakes have darkened over time). 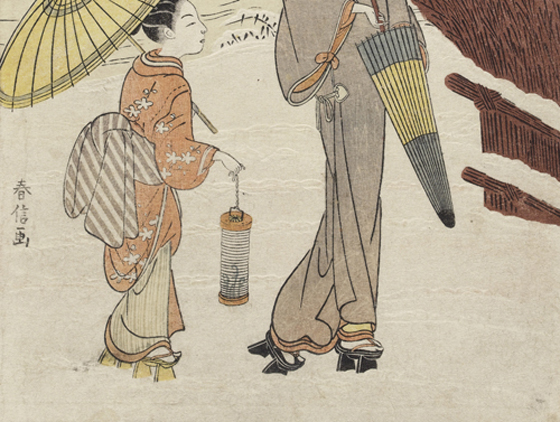 P.181-1946 Another way of depicting snow was to emboss the surface of the thick paper using a carved block without any ink. Here this technique has been used to create ridges in the snow behind the women. The ridges are modelled purely by the light falling on the surface of the print.